Frederick James Mortley was born in London in 1840 and sailed with his family to Sydney, New South Wales in 1843, making their home in Windsor. Fred served his apprenticeship as a bootmaker with John Mills commencing in 1853. In 1864 he married Rebecca Dyer whose brother Samuel also had a boot and shoe manufacturing business in Windsor. The Great Fire of Windsor in 1874 destroyed much of the town including Mortley’s business. He re-established his trade and built a new home and business in George Street. Mortley was an alderman on Windsor Council and served several terms as Mayor. He was also appointed as a Magistrate and Justice of the Peace as well as several other community roles. He died in 1915 and his wife Rebecca in 1931. Both are buried in St Matthew’s Anglican Cemetery, Windsor. 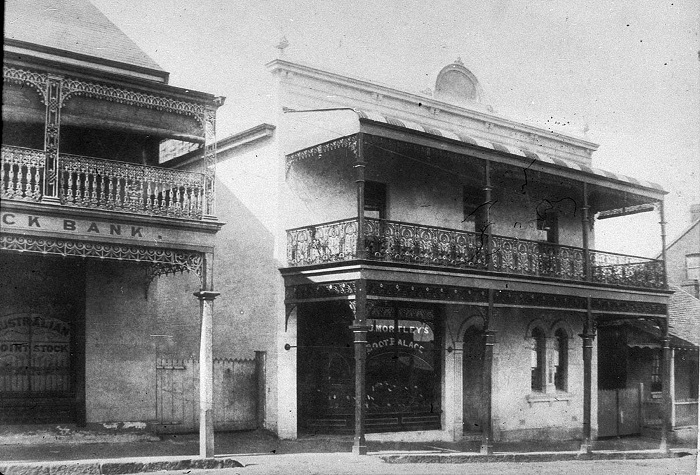 The premises of F J Mortley, George Street Windsor next to the Windsor branch of the Australian Joint Stock Bank