Hadden Farm is an equestrian property located in McMahon Road, Wilberforce, New South Wales. Originally purchased as two adjacent large acreage properties, the land spreads across creek flats, grassy hillsides and natural bush areas. The land was once part of a large grant of 1280 acres to William Hall in 1837. 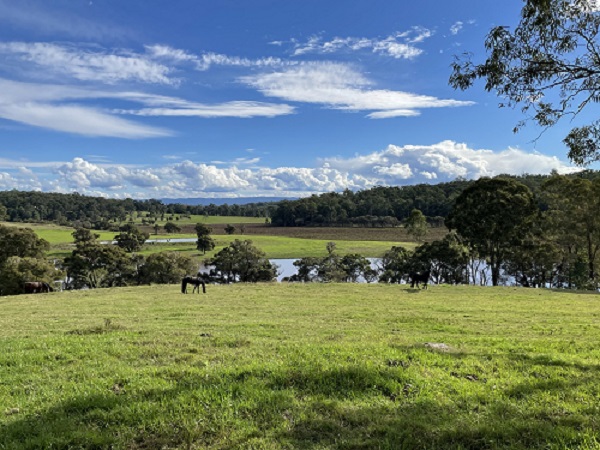 Hall came to New South Wales in 1810 prior to being recruited by the Rev Samuel Marsden for missionary work in New Zealand. When returned to Australia in 1825, he applied for a grant in an area known as Portland Valley on Howes Creek north of Wilberforce. Hall initially constructed a slab timber house on his grant and then commenced the building of a sandstone house which became known as Stannix Park, the materials of which were quarried on site.

In 1839, the ownership of the property was transferred to William’s son Henry and then to Thomas Tebbutt, an uncle of the astronomer John Tebbutt of Windsor. In 1851, the farm was owned by Matthew Everingham III and later owners included Peter and Amelia De Rome. In 1906 several years after De Rome’s death, the acreage was subdivided into several large holdings leaving 46 acres surrounding Stannix Park house.

The land, held by a number of different owners over the years was used variously for cattle and horse grazing, citrus orchards, vineyards, cropping and market gardening. One of the recent owners of the main section of the farm was Jack McMahon, who also owned a large property where the town of Glossodia stands today. Jack developed the property as a citrus orchard, living there for many years. He later sold it to Beryl Day who moved from the adjoining property on the western boundary which included the historic ‘Rocky Hall’ homestead.

Mrs Day used the land for horse and cattle grazing, unfortunately the property deteriorated during this time. In 1981, Mrs Day sold her land, comprising some 630 acres, to Neil and Darcy Shedden, who subsequently named it ‘Hadden Farm’, a combination of their two surnames. Following their original purchase, the Sheddens acquired several adjoining properties containing agriculturally productive land. The land to the east, comprising approximately 550 acres, was added in 1988. To protect the appearance of the front entrance to the farm, properties to the south east and south west along McMahons Road were bought in 1995 and 1996 respectively. 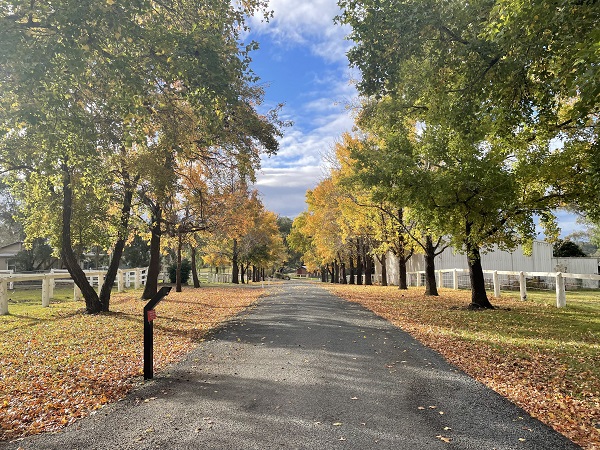 Then in 2010, three portions amounting to 930 acres of the least productive land was subdivided off and new roads including Royerdale Place (off Bull Ridge Road), McMahons Road and Hadden Ridge Roads (off Stannix Park Road). Hadden Farm now comprises about 700 acres.