Location of the proposed Grose River Bridge which was part of the approval process for the residential subdivision at North Richmond known as Redbank. The development application for a Multi Span Bridge and Associated Road Works DA0263/16 was withdrawn on 29 July 2016. Information on Redbank bridge proposal is available from Redbank Communities. 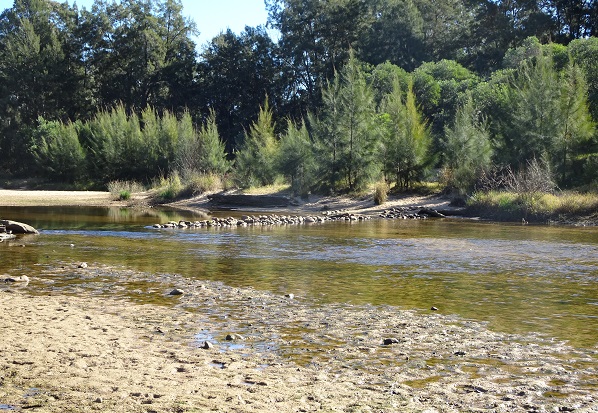 Looking across the calm, shallow waters of the Grose River from Yarramundi Reserve towards Navua Reserve. Casuarina species line the riverbank. The floods of February 2020 reshaped the riverbank and pattern of vegetation and were further changed by the devastating floods of March 2021. Cathy McHardy July 2019

This reserve in Grose River Road, Grose Wold, New South Wales is located north side of the Grose River about 1 km upstream from the junction with the Nepean River. The site includes two portions of land granted to Third Fleet convict William Eaton amounting to 50 acres in August 1804 (Portion 46) and a further 50 acres (Portion 47) in October 1816. Eaton arrived aboard the transport Admiral Barrington along with 263 other male convicts, 4 free women and one child, on 16 October 1791. By the time of the 1828 Census, Eaton had amassed a total of 117 acres, with 57 cleared and 27 acres under cultivation. His stock included 6 horses and 80 horned cattle.

William Eaton died in 1858 and was buried in St Peter’s Cemetery, Richmond, NSW. Subsequent generations of the Eaton family were also interred in the family vault within the cemetery. Following the death of William Eaton, the family property known as ‘Eatonville’ was transferred to his son by his first wife Jane Lloyd, Daniel Eaton. Daniel Eaton died in 1889 and the property was assigned to his sons William and George as life tenants.

The reserve was created from the property known as Navua Farm which was purchased by Navua Limited in April 1928 and owned by Archibald Howie. Building contractor and politician, Howie was born in Glasgow, Scotland in 1879, the son of Archibald Howie and Janet Ferguson. He arrived in Australia in 1881 with his mother to join his father Archibald Snr who had established a building business in Sydney. Archibald Jnr entered the family firm at the age of 16 years. He went on to represent Macquarie ward on Sydney Municipal Council from 1934-1941 as well being elected to NSW parliament in 1933. The notable mansion ‘Belmont’ at North Richmond was constructed by the Howie Bros in the 1890s as well as Lawson House, Francis Street Richmond, NSW.

The name of the reserve was assigned under the Geographical Names Act 1966 (NSW) on 23 October 1981.

From about 1930 Howie had bred stud Jersey cattle and Shetland ponies at his Navua stud, near Richmond, and won championships for his bulls at the Royal Easter Show. He was president of the New South Wales branch and of the federal council (1938-43) of the Australian Jersey Herd Society and was president of the Royal Agricultural Society of New South Wales in 1941-43. Clean-shaven, his distinctive bushy eyebrows remained black after his hair had greyed.

The farm was also known as Navua Stud and some notable racehorses such as ‘Mosaic’ winner of the Cox Plate in 1939 and the Sydney Cup in both 1939 and 1940 were bred on this property. In 1944, the property was acquired by Stanley Sadler Crick, racehorse owner and breeder of bloodstock who promised to continue the programs established by the previous owner of the Navua Stud.

Later in the 1970s, Navua was renamed Dawson Stud and then in 1995 the expanded property of 72 hectares incorporating Navua Stud Farm under the name Bracken Stud was sold for $2.5 million (Sydney Morning Herald, Saturday, April 22, 1995 page. 67). 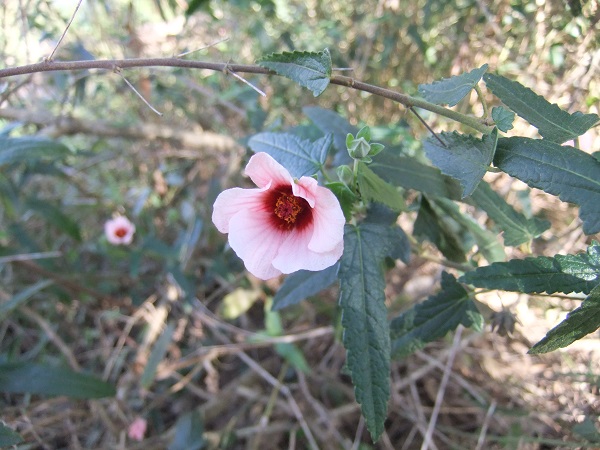