On 3 December 1810, the governor of the British penal colony of New South Wales, Lachlan Macquarie, determined the location for Richmond’s future church, school-house and burial ground. In his diary he described the scene: ‘a very beautiful elevated bank immediately above this fine basin of fresh water’. When he returned on 8 January 1811, the governor instructed the surveyor James Meehan to mark out this location with strong posts to define the boundaries. The name Richmond was painted on a board and nailed to a high post ‘immediately above and overlooking Pugh’s Lagoon…where it is intended to erect the church of Richmond’.

The church was not begun until about 1837, many years after Macquarie left the colony in 1821, however the school-house constructed in 1813 under the governor’s orders served as a temporary place of worship until St Peter’s Church was completed. The Richmond school-house was one of several constructed during this period and was similar in appearance to the only surviving example at Wilberforce. The building functioned as a school on weekdays, as a chapel for divine worship on Sundays and provided accommodation for the schoolmaster and his family in the lower floor of the building prior to the building of St Peters. The structure was located in Francis Street, facing Chapel Street and was demolished in November 1889.

According to the Windsor and Richmond Gazette of 9 November 1889 the materials from the demolition of the school-house were sold to Mr Joseph Onus who built a house for a group of Chinese market gardeners who leased his land near Richmond Lagoon:

Well, the old church was recently sold the material in it for £24 and Mr. Onus, who purchased it, has had constructed from it a very neat five-roomed dwelling-house for the Chinese gardeners resident on his land. The >house, which has been erected by Mr. S. Boughton, has been placed out of flood reach, and it is a very comfortable structure.

Designed by colonial architect Francis Clarke in the Colonial Georgian style and constructed by local builder James Atkinson at a cost of £1,697, St Peter’s Church was consecrated by Bishop Grant Broughton in 1841. Since that time several alterations to the exterior of the building have taken place, with the gable roofed porch being added in 1850 and the chancel in 1856. The attractive arched windows with blue and red coloured glass panes were added in 1874. Note the iron bootscrapers on either side of the porch steps. The bricks for the church would have been made locally by hand and vary in size and shape. Mechanisation of the brick making process was not introduced into NSW until the 1870s making the finished product much more uniform. The colour and texture was determined by the minerals present in the clay used to make the bricks.

The Sunday School Hall and the church required expensive restoration work after being substantially damaged in a storm in March 1956. The church steeple collapsed to the ground also damaging the stone and iron fence and roof of the hall needed to be rebuilt. The disaster made front page news in the Windsor and Richmond Gazetteof 28 March 1956.

The iron palisade front fence and memorial gates were commissioned to celebrate the jubilee of the consecration of the church in 1891 and were constructed by George Robertson of Windsor. The beautiful Onus window above the altar, presented in 1891 by Joseph Onus (1818-1895) was made by Sydney firm, Goodlet & Smith at a cost of £70. The two other stained glass windows were given by members of the Vindin and Stewart families. Set back from the road to the west of the church, the Rectory was designed by Edmund Blacket and completed in 1848. The design was reputedly similar to that of Bishop Broughton’s former vicarage in Farnham, England.

Read the article on the history of the church to date. 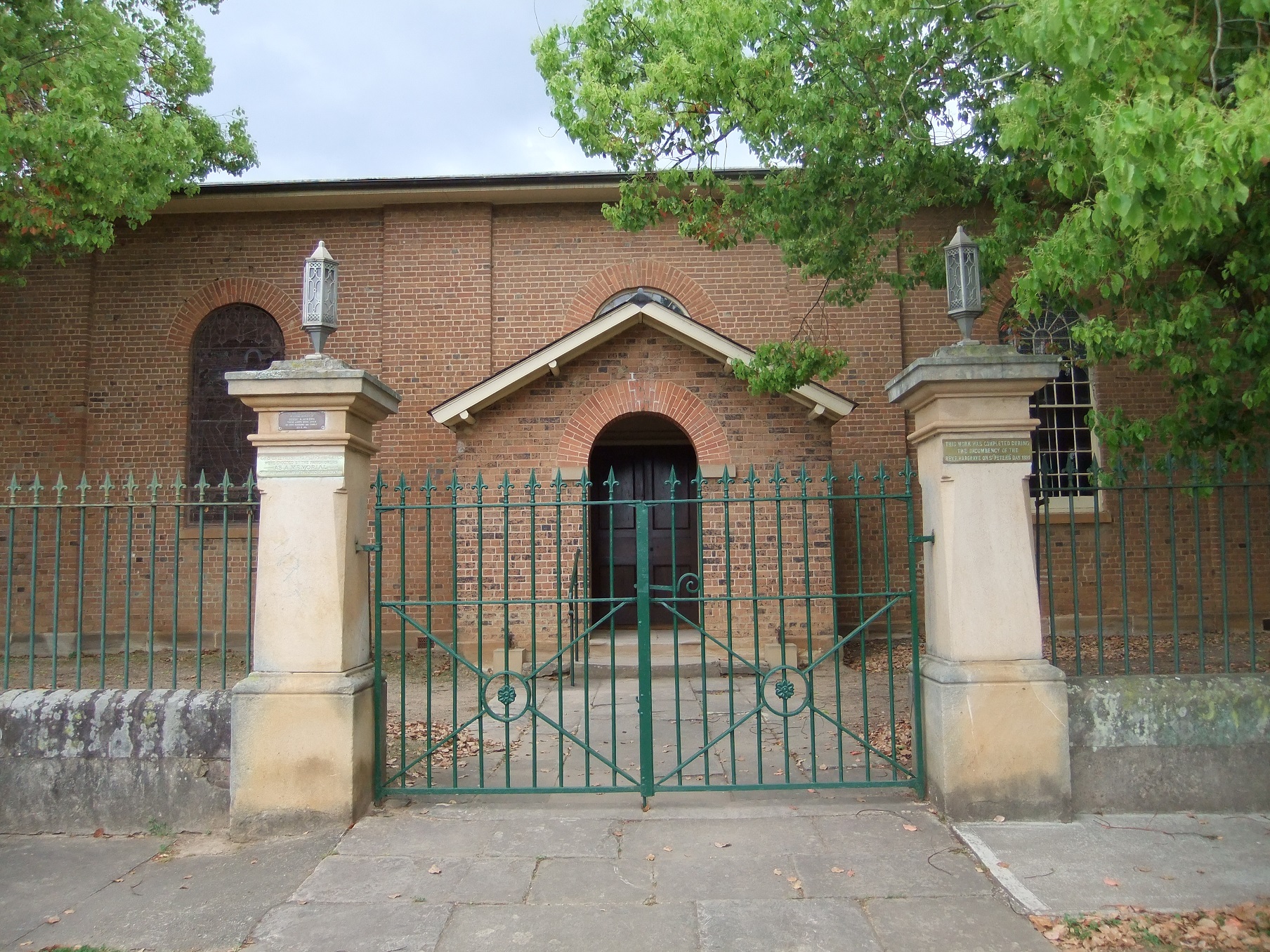 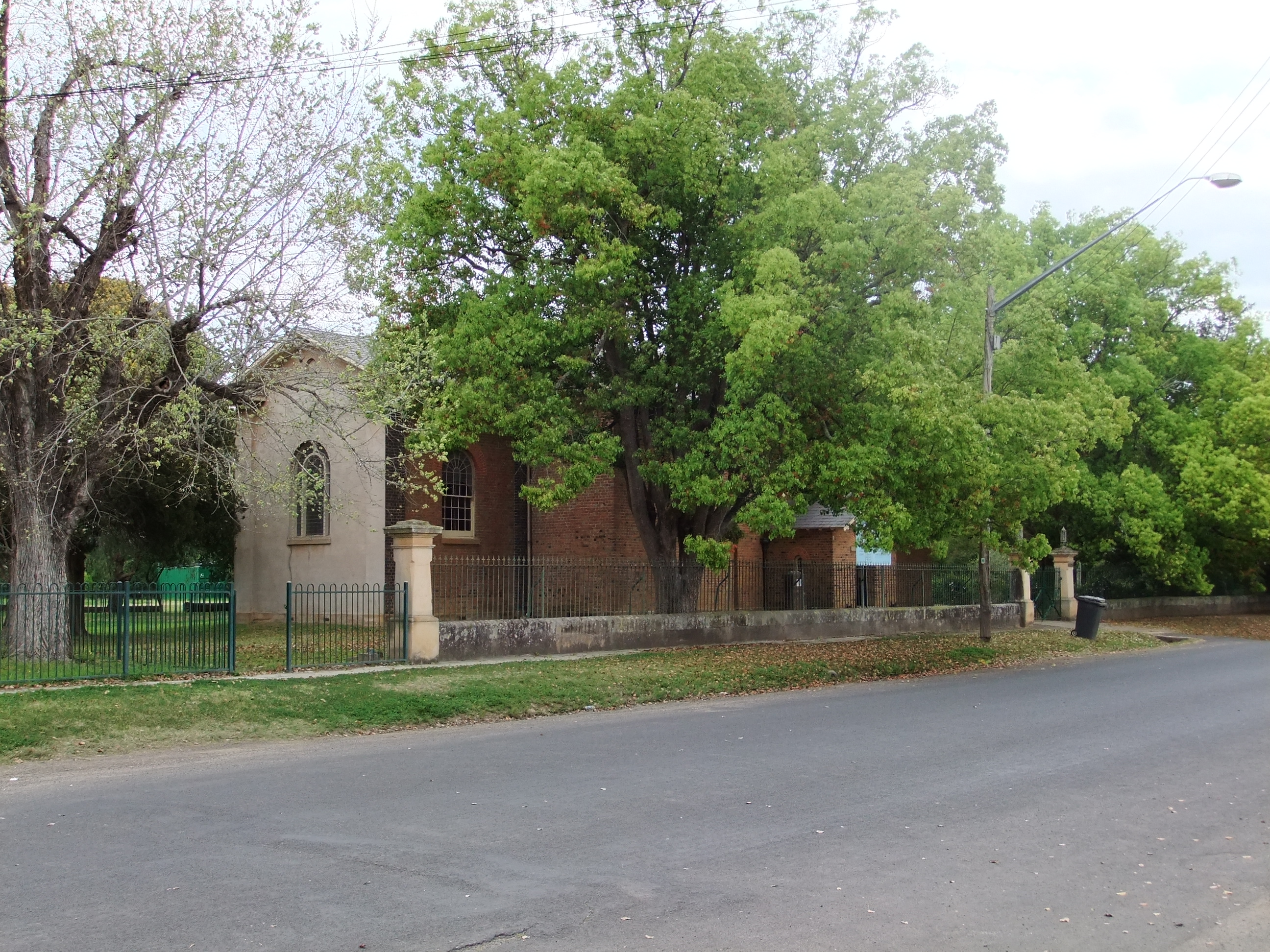