Windsor Marble and Stone works was the name of the business operated by builder and monumental mason George Robertson. The works were located at the rear of his house at 307 George Street, Windsor (now known as Raymond Villa) opposite the Scots Presbyterian Church (site now Peppercorn Services building). Robertson also constructed a pair of villas in Francis Street Richmond to the same design in 1887 for Henry Powell known as Kialla and Zeta. Later he moved his yard to the rear of the block of commercial premises next to the Windsor Catholic Cemetery further along George Street at number 394.

The shop at the front of this site was known as Glasgow House for many years and sold a wide variety of merchandise. The premises feature a sandstone facade with carvings of figures over the entrance representing trade and industry which are still in good repair today.

He also established a monumental mason’s yard at Penrith in about 1888. 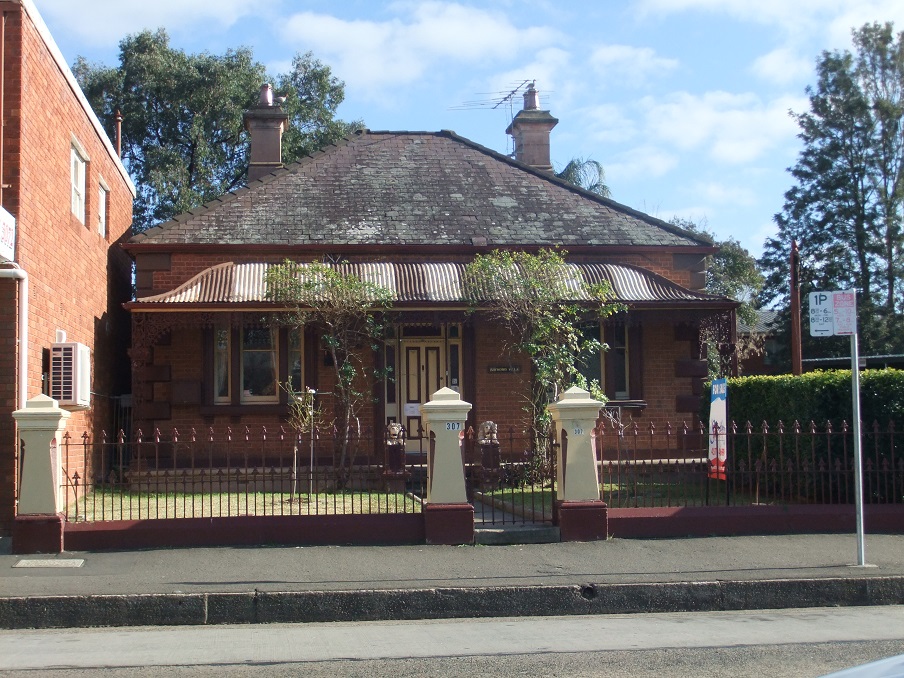 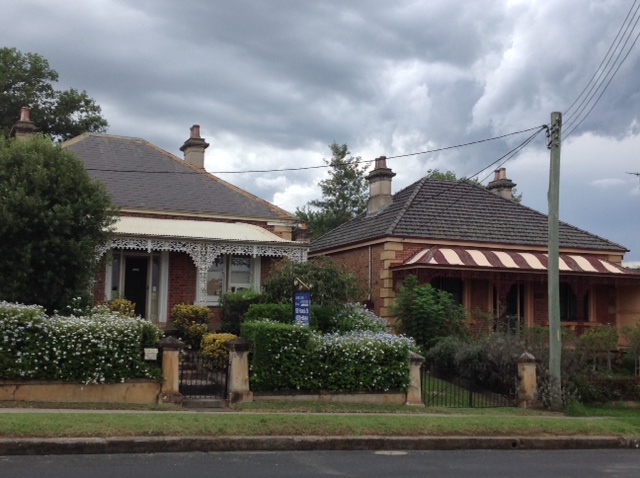 Windsor Marble and Stone Works. George Street opposite the Presbyterian Church. George Robertson Monumental Mason and Engraver. Carving, statuary, tomb-work etc. Kerbings and iron railings substantially fixed. All kinds of tomb-work repainted and estimates given for vaults. GR has on view a splendid stock of monuments and head-stones - both marble and free-stone to select from.

Two cottages in Francis Street are in the courseof erection for Mr Powell by Mr George Robertson of Windsor at a cost of £700. Caleb Crisford is in charge of the brick laying. The cottages are much the same plan as Robertson’s house in Windsor.